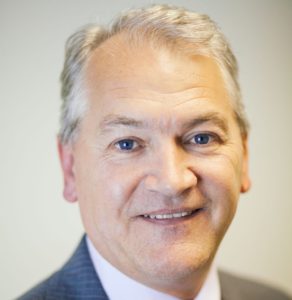 Since 1899, when Bira’s predecessors – the Ironmongers Federation, British Hardware Federation (BHF) and Drapers Chamber of Trade (DCT) were formed – and following a number of business acquisitions and partnerships, including the British Shops & Stores Association (BSSA) in 2009, Bira has championed independent business owners.

Today, Bira represents over 6,000 independent businesses of all sizes, from cookshops and hardware stores to pet, furniture and coffee shops – anywhere that has a business rated premises.

Bira ceo Andrew Goodacre said: “We’re incredibly proud of our 120 year heritage. In this tough economic climate, and with the incredible changes that retail is currently going through, to still have members today that joined in the early days of the Association really is an achievement. It shows how well independent retailers can adapt to change in order to survive, by constantly adapting to their changing customers and environment.”

One example is Lawsons: a family-run housewares business with four branches across Devon, which has been a Bira member since the 1970s. Managing director Liz Lawson said: “My father John took over Lawsons in the ’70s and asked Bira to carry out an overview of the business so that he could understand what was going on. It turned out it wasn’t doing very well. But, with the Association’s support and information, he turned it around – and within three years, it started trading profitably.

“There are many valuable attributes that Bira has provided our business with, such as insurance, business loans, buying and lobbying government, to mention a few. However, I think the most valuable thing Bira has provided us with is the connections with other retailers.

“Whilst we all run different businesses, we all face the same challenges and issues – and we can learn from each other and very often help each other. Together, we are stronger. Running your own business can at times feel lonely and you don’t always know the answer. So Bira membership and support is invaluable.”

Bira is offering a special membership fee from £120 (ex-VAT) for new sign-ups this year. Annual membership usually starts from £205 (+VAT) based on turnover. There will also be a programme of activities taking place throughout 2019 to celebrate Bira’s birthday.