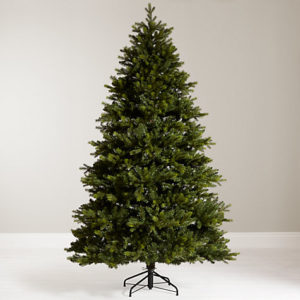 “Our Black Friday event fell across two trading weeks (Thursday-Monday). We traded well in both shops and online, with shops becoming increasingly busy as the weekend progressed.

“In distribution, our Magna Park centre saw a record day on Sunday when it processed 54% more units than the equivalent day in 2016. Across the weekend, we packed on average nearly 13,000 units per hour across our network.

“On Black Friday itself, the use of the John Lewis App between 12am and 8am for snapping up Black Friday deals increased by 36.8%. During our busiest ever hour for online sales, from 9am to 10am, an average of 705 units were purchased per minute on johnlewis.com.”

He noted that with the majority of Black Friday deals focused on Fashion and EHT (Electricals & Home Technology), Home sales were -2.1%. Some of the best sellers in Home for the Black Friday period included the John Lewis Sacha Sofa Bed, the SIMBA Hybrid Memory Foam Pocket Spring Mattress and the John Lewis Brunswick Spruce Christmas Tree.