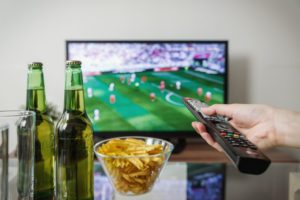 UK retail sales increased by 1.1% in June on a like-for-like basis from June 2017, when they had increased 1.2% from the preceding year, according to the British Retail Consortium (BRC)-KPMG monthly monitor.

BRC chief executive Helen Dickinson OBE said: “Beer, barbecues and big TVs lifted June’s sales, as warm weather and World Cup fever gripped the nation. However, with consumers engrossed in the agony and ecstasy of each match, spending on many other items fell. In the end, June scored solid, but not sensational, sales.

“The reality is that sales don’t grow on the feel-good factor alone. With household incomes still barely growing faster than inflation, conditions for consumers and retailers remain extremely tough. And things could get tougher. Without a deal on Brexit, shoppers face the prospect of significant price increases and shortages of everyday goods.”

KPMG Head of Retail Paul Martin added: “After May’s positive retail performance, June’s results turned out to be less buoyant than hoped. Sales growth remained in positive territory for the second month running at 2.3%, but as the recent financials of key players have highlighted, sales growth and profitability don’t always go hand-in-hand.

“Grocers benefitted from the brighter weather and of course the World Cup, with barbecues and picnics firmly on the menu. But with so much attention outdoors, other household categories didn’t fare exceptionally well.

“The summer sunshine, Wimbledon and the ongoing World Cup provide a strong foundation for growth in July, but retailers need to ensure that sales translate into profit. With the structural changes that the sector is experiencing, as well as increased costs, this is becoming increasingly difficult to achieve.”