BBQ season officially on the way as heatwave hits Britain 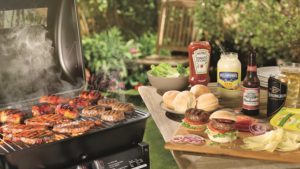 Last week’s mini-heatwave brought a boost to grocery retailers as shoppers stocked up on barbecue foods.

Tesco BBQ meat range buyer Natalie Bastow said: “After months of rain this was the first real opportunity for Brits to get out into the garden and enjoy a barbecue with family and friends. Shoppers wasted no time stocking up for a few days of fun with alfresco cooking for a change.”

Tesco is bracing itself for demand to continue this week and has allocated extra shelf space for barbecue foods, beer and wine.