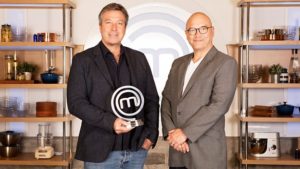 BBC One’s ‘Celebrity MasterChef’ is back soon, with 20 stars from the worlds of sport and show business.

In series 12, the contestants will once again take part in an assortment of culinary challenges, under the eyes of judges John Torode and Gregg Wallace.

Tasks range from include identifying mystery ingredients and cooking in top-class restaurant kitchens, to catering for huge numbers and creating world-class pastry.

They will also cook for food critics and past show winners in their bid to win the crown of Celebrity MasterChef champion for 2017.

BBC commissioning editor Carla-Maria Lawson said: “‘Celebrity MasterChef’ is an astonishing test of culinary ability from people who are not recognised for their talents in the kitchen. Every year we’re blown away by their gastronomic prowess and this year doesn’t disappoint.

“The line-up is one of the strongest we’ve ever seen and we hope it will entertain and tantalise viewers in equal measure.”