Bake Off returns with audience of 6.1 million viewers 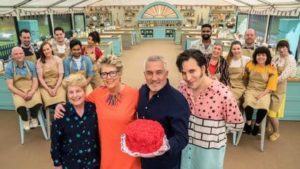 The broadcaster said: ‘The show significantly grew its share of the young 16-34 audience, which increased from 53% for last year’s debut on Channel 4 to 57% last night. It was the biggest share of the young audience for any programme outside of the World Cup so far this year.’

The first episode of Bake Off (on the theme of Biscuit Week) was the most watched programme across all channels across the 8pm-9.15pm slot for all viewers, as well as for 16-34 year olds and ABC1s. It’s the second year in succession that the show has launched with an audience above 6 million, with last year’s hotly anticipated debut on Channel 4 launching with an overnight average of 6.5 million.

Channel 4’s deputy director of programmes and head of popular factual Kelly Webb-Lamb said: “I’m thrilled that the launch of ‘The Great British Bake Off’ 2018 was enjoyed by more than six million viewers last night on Channel 4 – and to attract an even bigger share of the young audience than last year is the icing on the cake.

“Bake Off is a real treat for audiences young and old, and it’s credit to Love Productions, the judges, hosts and of course the bakers, that the show captures the nation’s attention in such a big way – I certainly never thought I’d see Wagon Wheels trending on social media!”