Bake Off favourite Liam Charles stars in own show

12th November 2018 News Comments Off on Bake Off favourite Liam Charles stars in own show 2,341 Views 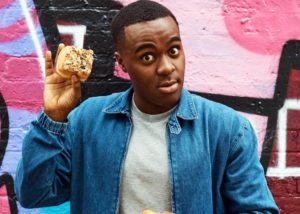 ‘Liam Bakes’ follows Liam, who shot to fame when he reached the quarter-finals of last year’s ‘The Great British Bake Off’.

In the six-part series from Love Productions, the Hackney born and bred 20-year-old showcases some of his favourite recipes, inspired by his family and friends.

Filmed in and around East London, Liam will make a selection of sweet and savoury bakes. He will also take to the streets of his community to show how his love of baking has been inspired by his life and the street food he loves to eat when out with his friends.

The broadcaster said: ‘Liam is on a mission to get the nation baking. His infectious enthusiasm for masterminding delicious bakes won over the nation in last summer’s ‘The Great British Bake Off’. But since he cut his teeth in the famous white tent, Liam’s passion – and skill – has continued to grow. As charming as he is cheeky, Liam truly believes that baking is a universal language that brings people together.’