Bake Off effect kicks in for AppliancesDirect.co.uk

29th September 2017 News Comments Off on Bake Off effect kicks in for AppliancesDirect.co.uk 2,745 Views 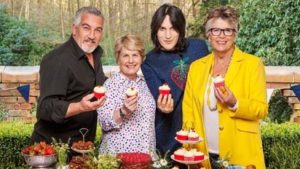 Following the return of popular TV series ‘The Great British Bake Off’ to our screens, Brits are turning their attention to baking in a big way, according to AppliancesDirect.co.uk.

The online retailer’s marketing manager Mark Kelly said: “Since the start of season eight, we’ve seen an extraordinary increase in sales of baking appliances, and we expect to see this continue over the coming weeks.”

He noted that sales of stand mixers have increased by a “staggering” 180%, while sales of food processors have soared by 110% and sales of weighing scales have risen by 42%. There has also been a 60% jump in sales of larger appliances such as the Neff Slide & Hide oven range.

Mark continued: “It’s clear to see the impression that the show has on Brits from week to week, as we saw an increase in demand for breadmaking appliances following the ‘bread week’ episode.” This was the theme of episode three which aired on September 12 on Channel 4.