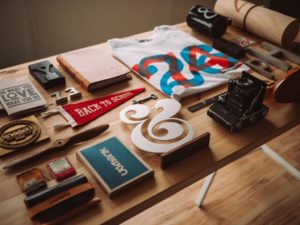 Brits are housing a staggering £30 billion worth of ‘useless’ purchases – some of which are unused housewares products, according to new research.

A study of 2,000 people shows the average house contains £1,120.53 worth of rarely used purchases such as shoes to match an outfit you’ll only wear once, tabletop bought for ‘best’ and water filter that you haven’t time to refill.

In addition to larger items, three-quarters of Brits are frittering cash on purchases they don’t need on a daily basis, from takeaway coffees to nail varnishes. These unnecessary spends cost around £32.66 a month, leaving people almost £400 out of pocket every year.

Kris Brewster, head of products for Skipton Building Society, which commissioned the survey, said: “It’s surprising to see how much all of these little, everyday expenses can add up to, and how avoidable they can be. And if we’re honest, those ‘one-off’ bigger purchases are probably much more regular than we think, as we sleepwalk into spending our money.

The poll also revealed that the top three impulse spends are snacks we don’t want but can’t resist, special offers on food and sale items we can’t refuse.

A quarter of those quizzed admitted to regularly wasting our money on scratch cards, clothes only worn once and impulse sweets picked up while queuing at checkouts.

The top triggers for these pointless purchases were listed as being a sucker for a bargain, being easily swayed and food shopping when hungry.

One in five respondents admit to blowing their money just because they have spare income, while one in 10 forget what they already own. And despite 80% regretting these wasted spends, only 5% will always take them back for a refund.

One in five couples have fallen out over wild purchases, while a third of people admit their partner has criticised them for their spending habits.

When it comes to spending money wisely, four out of 10 people would prefer to put their wasted spends into a savings account, while a quarter would prefer to invest the cash in home improvements.And nearly half of those polled said that if they had the choice, they’d rather save that money for a holiday.

Kris commented: “It’s clear from the research that people would much rather be putting money away into savings than spending, whether it’s saving for their life ahead, or putting funds away for rainy days, dream holidays or home improvements. Even small amounts put away regularly can have a big impact on savings.

“We recognise that it’s not easy to ditch the daily takeaway coffee habit – even if it could save a surprising amount over the course of a year. What could be easier though, is to be more mindful when making a bigger purchase; taking a bit more time to consider if it’s really something you need and will use on a regular basis.”