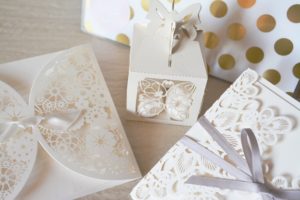 With Pippa and James tying the knot last Saturday (May 20), new research reveals that it’s not just royal guests who are splashing out on wedding gifts.

The marriage of the Duchess of Cambridge’s younger sister Pippa Middleton to James Matthew is being billed as the society wedding of 2017. The nuptials are estimated to have cost a total of £700,000 (including the bridge’s £200,000 engagement ring)

Although money is unlikely to be an issue for Pippa and hedge fund manager James, a study by market intelligence agency Mintel reports that 76% of all adults who have attended a wedding celebration in the last three years agree that cash or gift vouchers are an ideal wedding gift.

Jack Duckett, senior consumer lifestyles analyst at Mintel, said: “With many couples today having ‘set up house’ together before they marry, the tradition for giving new couples housewares has been rendered increasingly obsolete.

“Wedding gift lists have become more popular in recent years, as marrying couples look to guide guests towards items that they want or need.”

According to Mintel, the average wedding guest spends £76 on a present for the happy couple. It seems men are less generous in the gift department. Women spent an average of £79.30 on the gift they gave at the last wedding they attended, compared with £71.82 spent by male gift-givers.

Mintel reveals nearly half (49%) of all adults have attended at least one part of a wedding in the last three years and a further 14% have attended a hen or stag party in the same time frame.

“Today’s wedding guests are not only forking out on gifts, but in many cases also spending on new outfits, travel and accommodation.

The average guest spends over £101 on a wedding outfit, rising to £104 for men. Guests who spend money on travelling to and from the event see costs average at £63, while for those forced to book accommodation nearby, expenditure averages at £61.

However, it isn’t just the big day which is likely to hit guests’ purses hard. “Hen and stag parties have also become big business, morphing from what was traditionally a night out with friends into fully fledged, multi-day celebrations in their own right,” Jack said.

“The rising cost of stag and hen parties reflects the increasing breadth of activities that groups look to include in their celebrations, ranging from afternoon tea and wine tasting experiences to spa weekends abroad.”

The average stag and hen party sets attendees back £164, with spending proving much the same between stags (£163) and hens (£165).