Autumn chill puts Sunday lunch back on the menu

19th October 2018 News Comments Off on Autumn chill puts Sunday lunch back on the menu 1,135 Views 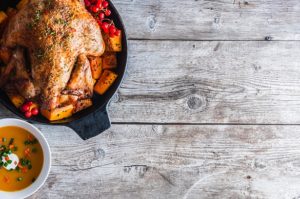 Shoppers have returned to seasonal favourites as supermarket spending cools off, according to the latest figures from Kantar Worldpanel.

The consumer panel researcher said that for the 12 weeks to October 7, overall sales grew 3.2% compared with the year-ago period. It noted: ‘Though this is a slight slowdown from the highs reached during 2018’s hot summer, sales are above 3% for the fourth period in a row and well ahead of the average market growth rate over the past five years of 1.7%.’

Kantar Worldpanel head of retail and consumer insight Fraser McKevitt commented: “Consumer spending often slows in early autumn, after the excesses of summer barbecues and before the festive season kicks off. The arrival of colder weather and darker evenings has inspired consumers to embrace hearty comfort foods and stock up on Sunday roast staples. Shoppers spent £51 million on whole chickens, £62 million on roasting joints and £4 million on Yorkshire puddings in September alone.

“Christmas will be here before we know it and some families seem to be getting into the spirit already. Some 8% of households bought mince pies last month, spending a total of £4 million with 70 days still to go before the big day.”