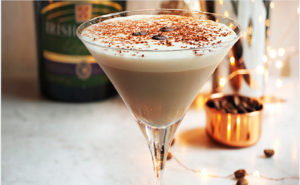 Research from Sainsbury’s has revealed that the tradition of singing ‘Auld Lang Syne’ on New Year’s Eve is in danger of dying out, with only 3% of people in the UK knowing the words despite a third of revellers planning a rendition as the bells chime 2018 in.

‘Auld Lang Syne’ is a Scottish poem written by Robert Burns in 1788, set to the tune of a folk song. It is well known in many countries, especially in the English-speaking world, and traditionally used to bid farewell to the old year at the stroke of midnight on December 31.

Commenting on its findings, the supermarket chain said ‘the majority can bravely belt out the chorus and first few lines at best whilst raising a glass of fizz’. But the retailer added: ‘It’s the younger generations that need the most help as 42% of millennials admit that they don’t know a single word [of the song]. More than half (56%) of 18-24 year olds don’t know who penned the classic – and a further 3% think [American singer-songwriter] Mariah Carey is its lyricist’.

The grocer said that when respondents were presented with the lyrics of the song, ‘the majority of the younger generation had a hard time recognising them, with more than half (54%) failing to identify the chorus, despite it featuring the words ‘Auld Lang Syne’. Native Scots didn’t fare much better: just 7% said they know all the lyrics, while over half (54%) admitted they know hardly any. However, eight out of ten Scots correctly identified Robert Burns as the man who wrote the song.’

A Sainsbury’s spokesperson said: “We want everyone to have a great New Year’s Eve and singing Auld Lang Syne – or ‘Old Land Sign’ as some people thought – is as much a part of our celebrations as a glass of fizz at midnight.

“Our research showed that many are missing out on this tradition because they don’t feel confident of the lyrics, so we’ve created handy song sheets so no-one has to hum along at the stroke of midnight this year. We hope all our customers ‘take a cup of kindness yet’ and have a very happy New Year.”