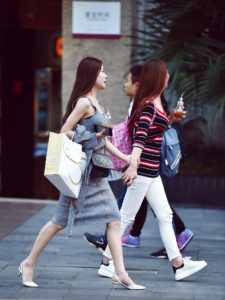 Overall like-for-like sales increased by 2% last month, making it the best August since 2013.

BDO’s data shows that a marked rise in ‘staycations’ by Brits and an influx of overseas tourists helped push sales of lifestyle goods up 3.1% year-on-year, while sellers of homeware also saw sales increase by 1.9% year-on-year.

The news wasn’t all positive for retailers though. The overall growth came after two Augusts of negative growth. Footfall also decreased throughout August, as patches of bad weather dampened spending.

Online sales struggled too, with 18.3% growth for the month – the second lowest monthly growth rate in the year-to-date. Online lifestyle sales rose 19.7% in August, however.

BDO head of retail and wholesale Sophie Michael welcomed the improved performance, but said the figures should be taken in context. “This increase is off the back of a 1.5% decline in 2016 – and that figure was based on a drop of 4.3% in 2015 – so August is still proving to be a challenging month for retailers,” she said.

“Stay-at-home holidaymakers and increasing numbers of tourists have made a positive difference to sales this month, but retailers would have wanted to make up more ground from the negative like-for-likes resulting in August in prior years.

“As school terms begin after the summer break and the start of festive trading nears, retailers will be gearing up for their most critical trading months.

“The uncertain environment and fragile consumer sentiment requires all retailers to be ever more strategic with their pricing and promotional activities. Agility will be key to enable retailers to quickly adapt to consumer behaviour and product trends, to attract their share of the falling discretionary spend.”