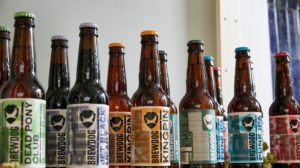 The supermarket chain said the introduction of the new lines will meet a growing customer demand for craft beer. Up to 10% of Asda’s beer space will be dedicated to craft beer, helping introduce more regional beers to reach areas outside their locales and raising their profile with previously untapped audiences.

The grocery multiple added that the new range will ‘offer customers an opportunity to learn more about the craft beer movement through on-shelf, help break down the barriers currently faced by craft beer and make the category accessible’.

Asda has appointed ale and craft beer buyer Hywel Evans to focus on this category. He commented: “With the craft beer movement gaining speed, we hope these changes will help Asda become a real destination for craft beer drinkers – both those familiar with the products and those just entering the category.

“Recent Mintel research shows that over 40% of consumers want to try craft beer over any other variety. So we want to build the most credible range out of the major retailers, through adding over 100 new lines, including regional beers.”

New beers include Cutloose Pilsner (named one of the best 16 beers in the world); Schrodinger’s Cat, a hop-forward bitter from Hull-based Atom Brewery; BAD Co’s Pale Aura, a dry-hopped, fruity session pale ale, and a selection of American beers, including Stone IPA from the west coast and Harpoon IPA from the east coast.

Asda has also undertaken one of the largest reviews of its wine to date, reducing range duplication by 25%, whilst adding more premium wines as part of its existing Extra Special range. The range, which was last reviewed in 2015, now comprises around 600 wines in total.

The retailer is revamping its range of spirits too, introducing a selection of craft gins, rye whiskies, vermouths and tequilas.