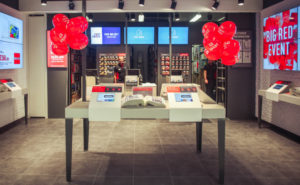 As the UK counts down to the start of Black Friday tomorrow (November 24) – billed as the busiest online shopping day of the year – Argos has announced that it will officially start the big day three hours early, at 21.00 tonight (Thursday November 24).

In previous years, Argos has launched its biggest and best Black Friday deals just after midnight on the Friday itself. But this year customers can get their hands on the top-tier bargains early, with deals launching at argos.co.uk tonight.

The retailer’s digital director Mark Steel explained: “Last year we saw enormous volumes of traffic on our website and Argos apps during the Thursday evening before Black Friday, as customers started to hunt for the big bargains.

“This told us there was a clear appetite from our customers to snap up deals that evening. That’s why we’ve decided to launch three hours early this year. This also means really dedicated bargain-hunters won’t have to burn the candle and stay up into the small hours to get the biggest deals, as they have in previous years.”

Last year Argos saw around half a million visits per hour from 16:00 onwards on the Thursday before Black Friday.

To ‘combat the shopping-stress factor’, Argos is hosting a kitten video channel exclusively on its website for Black Friday. The kitten-themed stream launches tonight at 21:00 and will run throughout the shopping period. Feline enthusiasts and shoppers alike will be able to spend a moment watching kittens play and sleep, by clicking a button on the Argos website homepage.