Argos charts the rise of the ‘Vampire Shopper’

15th February 2019 News Comments Off on Argos charts the rise of the ‘Vampire Shopper’ 2,550 Views 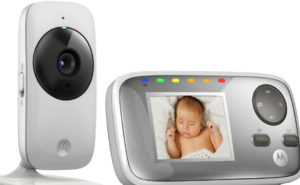 Argos has seen a rise in the number of ‘Vampire Shoppers’ – people who take to Argos.co.uk and the Argos app in the dead of night to buy products – and they’re buying more than ever before.

The average Vampire Shopper – most active between 1am and 6am – buys 20% more products than the average Argos daytime shopper, and night-time visitors are spending big, filling their baskets with 27% more than they did six months ago.

Nocturnal gamers are among those leading the night time charge. In 2018, while family-friendly titles such as Super Mario Odyssey and Mario Kart 8 Deluxe prospered in the daylight hours, they disappeared from evening shopping lists, as gamers sought out all things cars, football and action.

Tired parents have also been pushing through the witching hour to spend their hard-earned cash on kids’ toys and products. Batteries benefit from an 88% sales uplift between 1am and 6am. Pillows also see a big increase in the night, as people become dissatisfied with their sleep set-up. And last summer, during the heatwave, fans made up the top-selling four items as customers desperately tried to cool down. LED night lights, baby video monitors and steam steriliser sets increased in sales at night as well.

Manchester, Nottingham and Belfast are the three cities where people are most inclined to shop at night. (In Manchester alone, the average city-dweller shops at night more than three times a year.) In fourth place is Cambridge, followed by The Cotswolds, Newcastle, Birmingham, Norwich, Portsmouth and Cardiff.

An Argos spokesperson said: “It’s no surprise that customers have taken to the calm quiet of late-night shopping. The prevalence of tablet and smartphones at bedtime means that customers are shopping at a time convenient to them in ever greater numbers.

“Gamers appear to be the most likely group to stay up late and shop but sleep-deprived parents also log on in the dead of night to stock up on baby goods. The reign of the Vampire Shopper is one we can’t see ending anytime soon!”