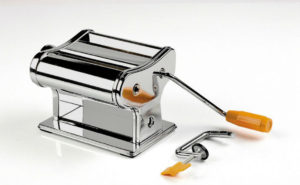 Declaring ‘the great carb comeback’, Argos has revealed that demand for ‘carb-preparation’ gadgets is on the rise.

The retailer reports that its sales of spiralizers have dropped 65% year-on-year, while sales of potato ricers and pasta makers have climbed by 20% and 10% respectively.  Argos has also seen online searches for ‘bread makers’ increase by 106% compared with last year.

The news comes as a recent study from Stanford University claims that low-carb diets, such as the keto diet which is popular with many celebrities, are not necessarily better for losing weight than low-fat diets. According to the NHS, wholegrain starchy carbs such as bread, rice, potatoes and pasta have many health benefits, as they provide a slow release of energy throughout the day.

Argos kitchen buyer Dawn Ritchie commented: “Our data suggests that customers are tired of faking it when it comes to carbs. Rather than buying spiralizers, they are choosing to invest in gadgets that allow them to enjoy the real deal, such as pasta and bread makers, and potato ricers. This leads us to believe that not only are Brits consuming more carbs, but that there is a trend for spurning ready meals in favour of making delicious pasta and bread from scratch.”