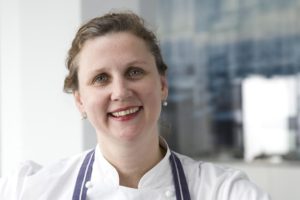 Hosted by Claudia Winkleman, the new eight-part series of one-hour episodes is set to return next year, testing the recipes and home cooking skills of contestants battling to be crowned Britain’s Best Home Cook.

Angela said: “I’m looking forward to joining the incredible Mary Berry and Chris Bavin to judge the next series of ‘Britain’s Best Home Cook’. For me, home cooking is about family sitting around a table eating together, laughing and talking, with delicious, tasty and unfussy food; it’s about the people as much as the food. My mum always said: ‘It’s good to be an all-round cook, everyone needs to be able to master the store cupboard!’”

Angela has previously appeared in BBC shows such as ‘MasterChef’, ‘Great British Menu’ and ‘Saturday Kitchen’. She is currently chef patron for Italian fine dining restaurants Murano and Cafe Murano.