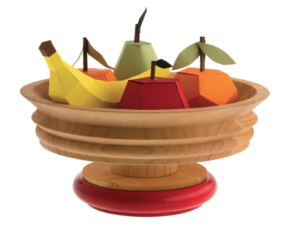 To celebrate Ettore Sottsass’ centenary birthday, Alessi is paying homage to the Italian designer with a special anniversary edition of the ES14 Limewood Centrepiece, as part of the housewares supplier’s Autumn/Winter collection.

Alessi describes the product, which was originally presented in 1990 and produced in limewood, as one of the most significant pieces designed by Ettore Sottass for the company. A limited edition of 999 numbered copies of of the Special Edition 2017 ES14 Limewood Centrepiece will be available.

Ettore Sottsass (September 14 1917 – December 31 2007) began collaborating with Alessi in 1972 – ‘a moment which’, the company said, ‘marked a crucial milestone in our history, contributing to our transformation into the Italian Design Factory as we’re known today’.

He was also an architect, urban planner, traveller, photographer and writer. His body of work included furniture, jewellery, glass, lighting and office machine design, as well as buildings and interiors.

Alessi will unveil its Autumn/Winter collection at its Mayfair showroom in September, as part of the London Design Festival. Other new pieces due to be unveiled include Grind and Extra Ordinary Metal.

Designed by William Alsop and Federico Grazzini, Grind is ‘a celebration of the dining table and all those objects that enhance the pleasure of sharing and enjoying good food’. The designers have added their own touch to the traditional design of the pepper mill, with the grinding mechanism facing upward.

The Extra Ordinary Metal collection includes 16 vessels, trays and coasters, all designed in brass with a decorative relief decoration.

Alessi products are stocked in 20 single-brand Alessi stores, 200 shop- in-shop stores and around 3,000 retailers worldwide. The company ships to over 60 countries, with exports accounting for two-thirds of turnover.

The special anniversary edition of the ES14 Limewood Centrepiece