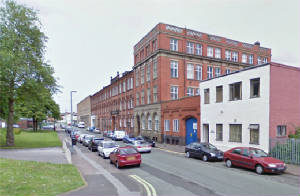 David has been an Alan Silverwood customer for many years, previously owning Hubbledays Cookshop of Henley-on-Thames in Oxfordshire.

Simon told www.HousewaresLive.net  that he contacted David last April “because I was looking for someone with ideas and energy – and he has been brilliant. David’s priority will be to drive sales and develop new products in this challenging trading period”.

Simon stressed that for stockists, it’s “business as usual”. He said: “There will be a continuity of business and David is hoping to bring in new initiatives that will revitalise the brand and the range. He is visionary and imaginative – and the only man I could think of to ask ‘how would you like to run a manufacturing company?’”

David said he fully intends to “retain the Alan Silverwood name and build on an established British brand”.

Alan Silverwood is a family business based in Birmingham that celebrated its 50th anniversary in 2016. Founded by Simon’s father Alan Silverwood, Simon has held the role of managing director for over 30 years.

The company specialises in supplying award-winning bakeware, designed in the UK and made at its Birmingham factory, to the domestic and commercial markets.

Share
Previous Hobbycraft survey reveals what’s hot, not and next in the world of crafting
Next John Lewis promises 50th store will bring ‘a new level of personalised shopping’